Lying on top of the world: a school for Nepal

A campaign to transform the memory of the well-known mountaineer Carlalberto Cimenti into a development project for the populations of the Nepalese mountains that he loved so much.

The goal of the project is to complete the primary schools of Shree Pattale and Necha Gahri, villages in the lower Everest valley thanks to the field support of the on-site partner: both schools were destroyed by the 2015 earthquake and only partially rebuilt.
The initiative aims to remember the well-known and strong mountaineer Carlalberto “Cala” Cimenti, recently deceased, engaged in cooperation projects with the Peaks Doc section of World Friends onlus.

The Federal Democratic Republic of Nepal is a low-income country that occupies 144th place in the ranking of the human development index (2014 data). Geographically it is located between China and India, politically very strong and often negatively influential countries.
Nepal has a very young population: 30% of the population is under 14 and over 50% under 25. The literacy rate (for the population over 15 years of age) is 71% for males and 53% for women, with a strong gender disparity.
Foodborne and vector-borne diseases, altitude sickness, alcoholism and smoking are the most common health problems. In particular, alcohol abuse affects over 60% of the population and 15% of young people under 17 (source WHO).
Nepal includes a large part of the Himalayan mountain range, with a complex geomorphology, with small villages separated by deep valleys and mountain ranges and a chronic instability of the territory with landslides and landslides linked to the monsoon climate that periodically isolate parts of the population.
On 25 April 2015, the country was hit by a devastating earthquake that caused over 10.000 deaths, destroyed numerous villages, schools and hospitals.
Nepal lives a lot on alpine tourism, thanks to treks and expeditions that are organized annually in the area of ​​the highest mountains.
However, some areas are excluded from these sources of income. In particular, as regards the Everest valley, the areas that are before Lukla on the road leading to Base Camp do not benefit from the tourists who generally fly from the capital directly to Lukla.
The lower Everest valley, in the Solukhumbu district (surface 3000 Km2; 110.000 inhabitants) has some main centers (Selleri and Phaplu), which are a few days' walk from most of the villages.
The period of the coronavirus pandemic has further aggravated this situation, worsening the quality of life of the villages in the valley.

The needs analysis was carried out by the local partner association, Monviso Nepal Foundation (MNF) born after the 2015 earthquake to meet the needs of the case.
The main criticalities highlighted are the serious isolation and lack of educational facilities in the small villages and valleys not affected by tourism.
Young people are often unable to complete a course of study due to logistical difficulties in reaching the major centers (Selleri, Phaplu, Nunthala) and due to the impossibility of residing in hostels / dormitories. Isolation and poor schooling place them at high risk of drug, smoking and alcohol addiction.
For this reason, MNF has already built some schools in the area (Kaku and in Nunthala) as well as other services such as a women's hostel in Nunthala (to encourage the schooling of girls, often ignored), a dispensary and a hydroelectric plant.
This project responds to an explicit request made by the Primary School of Shree Pattale and Necha Gahri at MNF. The schools in the Solukhumbu district have been destroyed by the earthquake and not yet completely rebuilt.
In the Shree Pattale school, only 9 classrooms of the planned 11 have been rebuilt: the computer room and the library are missing. In such an isolated context, the internet connection and the library are essential elements in order not to be excluded from a truly global education. In the school of Nacha Gahri two modules of two classrooms each on the ground floor must be reconstructed, built with an anti-seismic structure in reinforced concrete, stone walls and a blue sheet roof, according to the typical typologies of the place.

Download the project for the reconstruction of the Shree Pattale school

Consult the project budget for the Shree Pattale school

The contribution for the reconstruction of the Necha Gahri school is 26.000 euros. Consult the total budget on the Cecy Onlus website 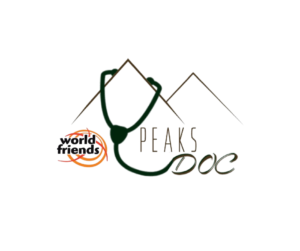 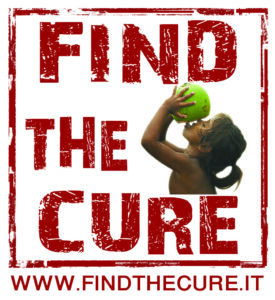 Keep the memory of Cala alive

ACCEPT AND SAVE
Scroll To Top