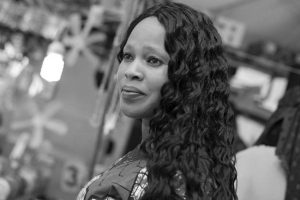 From 7 March to 29 March 2020 in Casale Monferrato (AL), in the splendid setting of the Monferrato Castle, the photographic exhibition will take place The Feminine of Equal - Nine Tales curated by the photographer Enrico Minasso. More than a collection of shots, Nine Tales it is a celebration of women, their resilience and the constant struggle to achieve gender equality.

Minasso's shots take visitors on a journey to discover the stories of emancipation of Italian women, African women who emigrated to Piedmont and Kenyan women. His black and white photographs allow to face stereotypes and cultural prejudices and to identify positive elements that favor theempowerment female in both societies, in the South and North of the world.

Oumou, Aminat, Maria, Rose, Florence, Beth, Lucrezia, Laure and the sisters Rysper and Gladys are women who have directly experienced situations of discrimination, but who have managed to react strongly, trying to break down the obstacles that life has posed. in front of them: oppressive families, inequality in access to health services, quality education or job opportunities. An intertwining between Italy and Africa, a bridge from Piedmont to Kenya to tell profound and touching personal experiences with frankness and genuineness, consciously addressing the Sustainable Development Goals of the UN 2030 Agenda (SDGs). to the camera lens, sharing their own, never predictable, version of gender equality, SDG number 5.

The Feminine of Equal - Nine Tales is a traveling exhibition, with the aim of raising awareness among citizens of issues related to gender equality. After Casale Monferrato, the exhibition will arrive in Acqui Terme (AL) from 4 to 19 April and subsequently in Novi Ligure (AL) from 9 May until 7 June. On the occasion of International Women's Day, to announce the arrival of the exhibition, on 8 March in Novi Ligure will be held with a celebratory concert conducted by Maestro Enrico Pesce.

The Feminine of Equal - Stories of emancipation for gender equality 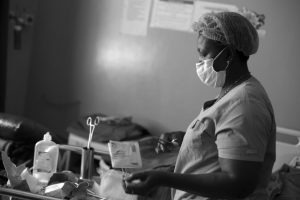 December 2019 was the month for the launch of the project "The Feminine of Equal", Coordinated by Amici del Mondo - World Friends Onlus, operating in Kenya with medical-health cooperation projects, and by the CrescereInsieme social cooperative, a cooperative of services for people, including asylum seekers and refugees, active in the provinces of Alessandria and Asti . The project, funded by the European Union and the Piedmont Region, promotes citizens' awareness of the Sustainable Development Goals through the perspective of gender equality, health and education. The Feminine of Equal it is part of the “Frame, Voice, Report!” scheme, promoted by the Piedmontese NGO Consortium - COP, whose goal is to create widespread and shared awareness of the SDGs in Italy.

Red string of the project's narrative is music, a universal language capable of creating an ideal bridge between the protagonists. Each sang a song of her life: lullabies, gospel, traditional songs. Music helped each of them to celebrate moments of joy and overcome the most difficult ones. The initiative saw the collaboration of the musical high school of Alessandria (Saluzzo-Plana) with the teacher Enrico Pesce and of the Banjuka school of music, dance and theater in Nairobi (slum of Baba Dogo). Another cross between Italy and Africa. This synergy gave rise to the song "Equality”, A choral song for gender equality and a real anthem de The Feminine of Equal.

The exhibition is part of the broader program of celebration of World Women's Day, which the City of Casale Monferrato has organized in the rooms of the Castle. In addition to the exhibition The Feminine of Equalin fact, the exhibition will be set up Just another stage, the way to infinity and themed cultural events, book presentations, artistic performances will be proposed, reading poetry, lectures and musical performances.

The two exhibitions, which will be held simultaneously on the second floor of the Monferrato Castle, will open on Saturday 7 March at 16:00 pm and will end on Sunday 29 March. The complete program of events and more information on the exhibitions can be found on the page www.comune.casale-monferrato.al.it/jas

International Day for the Elimination of Violence against Women 2020

Facebook Twitter Pinterest linkedin Telegram
The date of the murder of the Mirabal sisters in Santo Domingo, in the Dominican Republic, dates back 60 years. Theirs was ...

END_OF_DOCUMENT_TOKEN_TO_BE_REPLACED

International Day for the Elimination of Violence Against Women